‘Harrogate is the queerest place with the strangest people in it, leading the oddest lives’ – Charles Dickens

Harrogate is a beautiful and historic town situated in the West Riding of Yorkshire which owes much of its prosperity to the existence of a drinking well discovered in the 16th century by a certain William Slingsby.

By 1860 the visitor numbers had trebled to 30,000 a year. By 1887, the tourists could also promenade in the newly created Valley Gardens which commemorated Queen Victoria’s Golden Jubilee – not to mention enjoying the various options now offered at the Pump Rooms. These included massages and Turkish baths, Vichy douches (whatever they were) and Electric shock therapies. And then, in 1900, the patients could follow up such exertions up with a visit to the newly built Opera House – now the site of the Harrogate Theatre. Today Harrogate remains it’s status of a posh spa-town and attracts many tourists from  all the parts of the UK.

I enjoyed this trip, as it definitely felt like we travelled abroad without crossing the border of United Kingdom. For me Harrogate is the most British place I’ve ever visited so far. Probably, trips to the towns like Harrogate will tell you more about England, than any bigger cities ever would. It’s not only about rich history, or interesting architecture, it’s more about how people dress, act and talk – you spot some strange manners that you read about in some books, but never witnessed in a real life.

The town is not big at all, the centre is very small, but quite saturated, I was surprised to see many well-known brands having their shops there. Most of the brands are pure English, such as Karen Millen or Whistles, I never expected to see them in Harrogate, as I though this town is so small, that it’s a great luck if there would be at least a Topshop (there is, actually, very small though). People in Harrogate dress very well, I stopped counting Mulberry bags after 30 minutes of our walk. 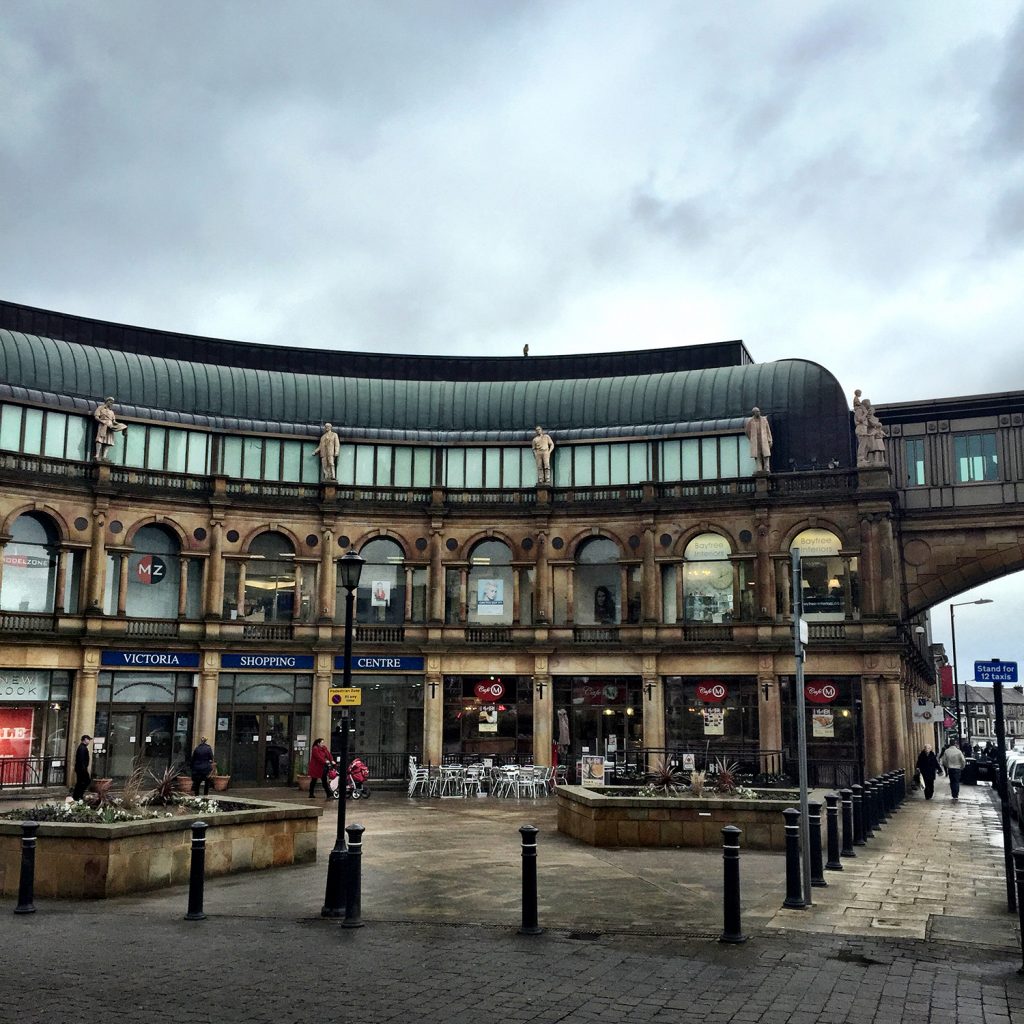 We were staying in The Majestic Hotel that I will tell about in my next post. In short, the hotel has an amazing centric location and it was really easy to find it, though it wasn’t a sunny day, so the hotel looks creepy in almost every photo we took. If you will go to tripadvisor and check the photos that were made during late Spring or Summer you will see that it doesn’t really look like some haunted house and it’s actually quite welcoming and positive place. 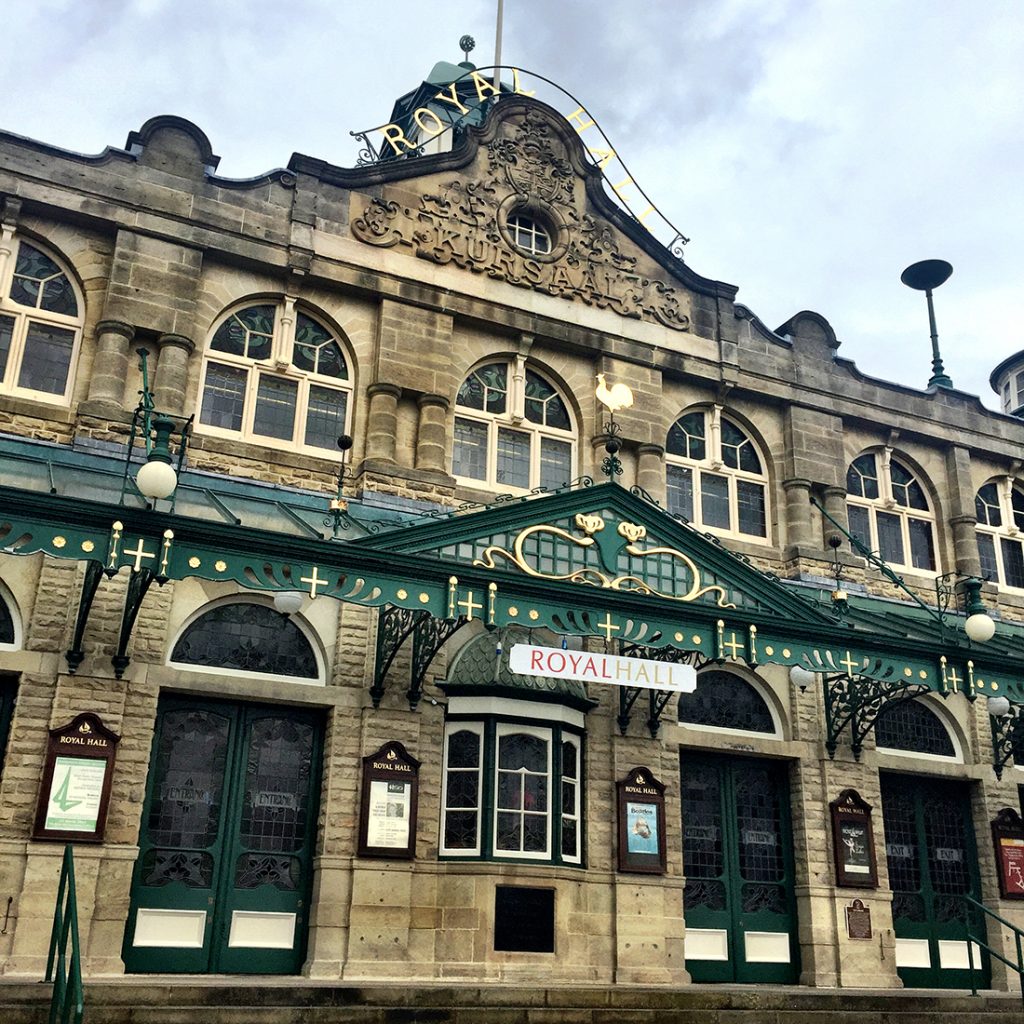 Getting back to the quote by Charles Dickens about Harrogate, it’s not the weirdest place I’ve seen in my life, it’s far from that. However, at the time of his visit people in Harrogate had really strange daily routine schedule, that we found in the Royal Pumps Museum (which is another popular attraction, but I was so excited about our visit that I forgot to take some photos).

7am – 8am – Rise and visit the Pump Room for first tumbler of water
7 am – 8.15am -­‐ Walk about, listening to the band
8.15am -­‐ Take second tumbler of water
8.15am – 9.00am – Listen to the band, and if prescribed take third glass of water
9.00am – Breakfast
For some people it is advisable that they drive; either by omnibus, carriage, or bath chair but the walk home can be advantageous if it can be accomplished without undue fatigue. Care should be taken to avoid exertion.
10.00-­‐11.00 am – Morning paper or letter writing 11.am – Shopping/Walk/Listen to the band/or Bath
11.30am – Second visit to the Pump Room1.00pm – Rest for half an hour
1.30pm – Lunch to be followed by one hour of rest
Afternoon Driving, Walking, Cycling, Golfing or third visit to Pump Room. Afternoon tea in Gardens listening to the band
7.00pm – Dinner Concert room
10.00pm -­‐ Bed 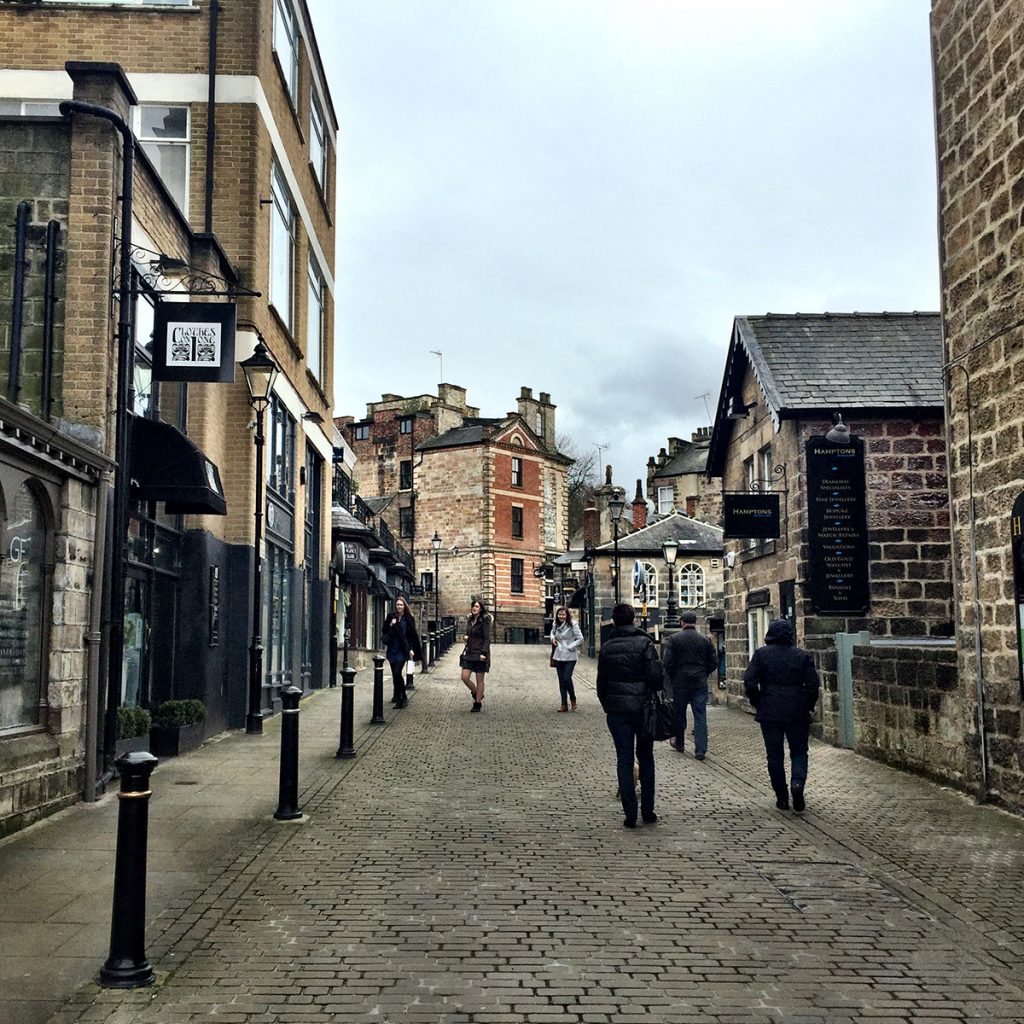 When we were hanging around Harrogate, we found this Antique Market which is one of the most popular in UK, the street looks a bit like Diagon Alley from Harry Potter, and I had a feeling that somewhere in those shops you can actually find a magic wand with a feather of unicorn and tear of a phoenix. 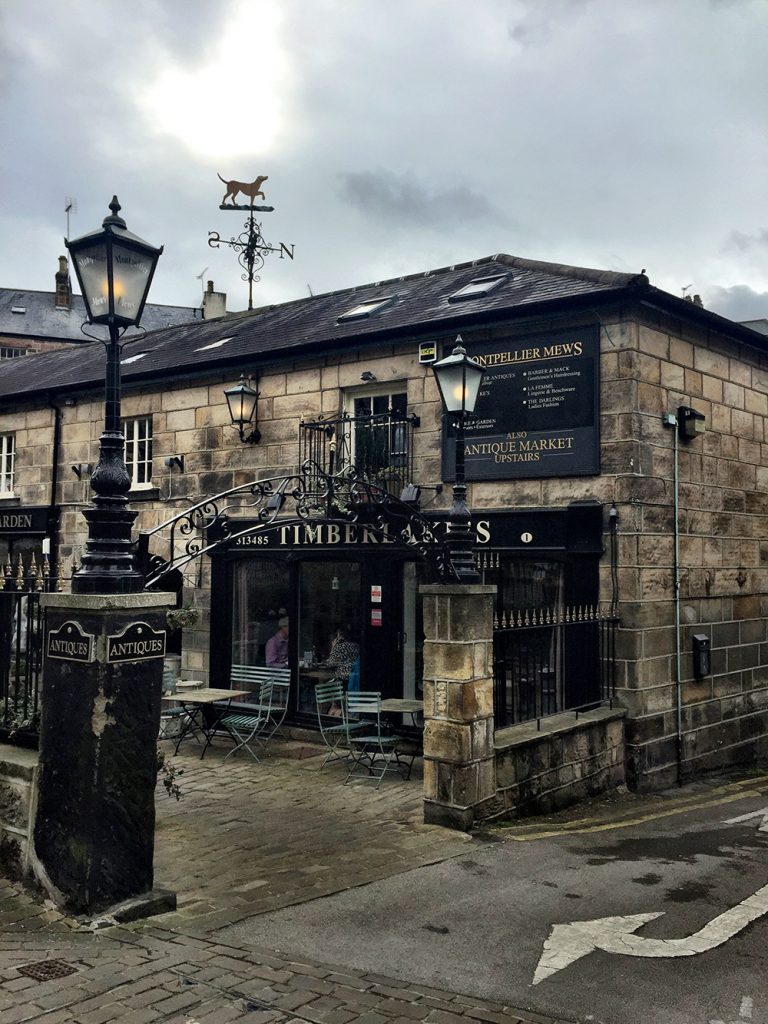 The antiques centre has a mix of vintage and antique stalls, some retro and collectables, ideal for anyone wanting to spend £10 to £1000. 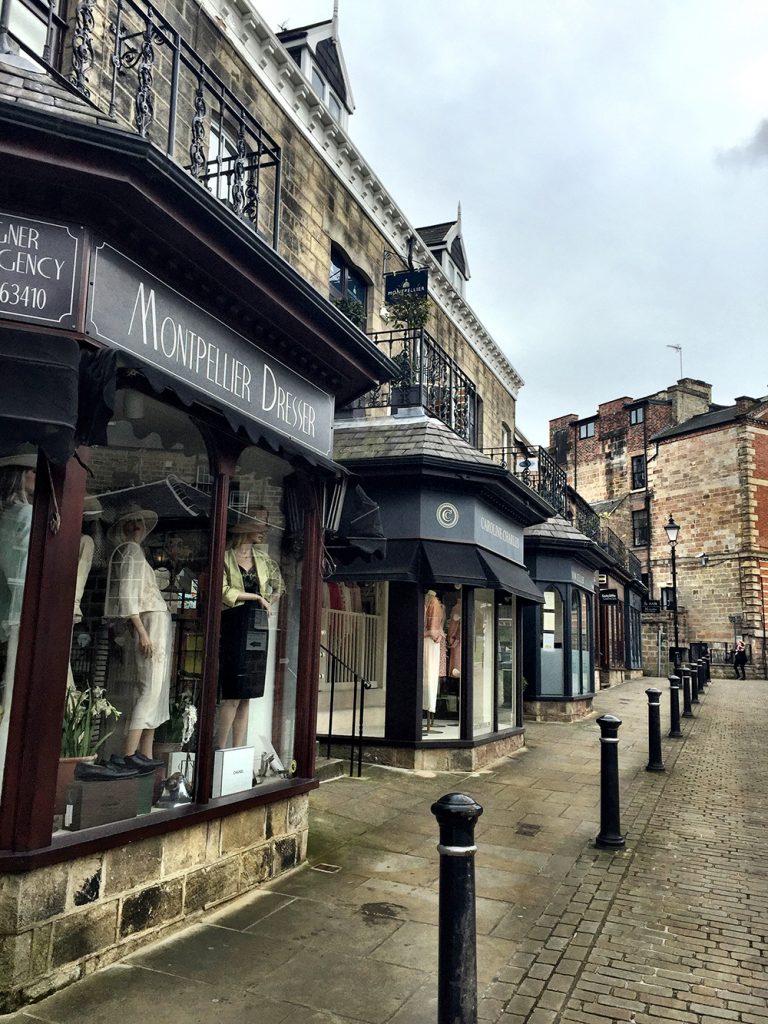 The Betty’s Cafe Tea Rooms is one of the most popular tourist attractions in Harrogate, that’s the reason why we didn’t go there. As you can see in the photo above, behind my back there is a line of at least 10 people waiting to be invited inside, this line never ends, people are coming and leaving, but usually there are still a LOT of people waiting outside. We’ve read some of the reviews and they are really mixed, some people say that it was the best Afternoon Tea in their lives, some suggest there are better places where you can get Afternoon Tea for £38 (yes, the place is not cheap at all). We didn’t want to be disappointed and waste another hour in the line that’s why we decided to eat somewhere else, and went to Jamie’s Italian that was brilliant (as always). In 2014 Tour de France was held in Yorkshire, so the route included Harrogate and Knaresborough, too. That’s why you can find a lot bicycles in the strangest places, where you don’t expect to see them at all.

After our lunch and a short walk in Harrogate we decided that we have plenty of time left, so it was a great opportunity to visit Knareseborough and spend couple of hours there. The exact origins of this market town of ancient walkways, cobbled alleys and secret passageways are shrouded in mystery. But one thing’s for sure, Knaresborough has carved out a real character for itself with a Tudor prophetess, once royal castle, magnificent viaduct and breathtaking countryside views. 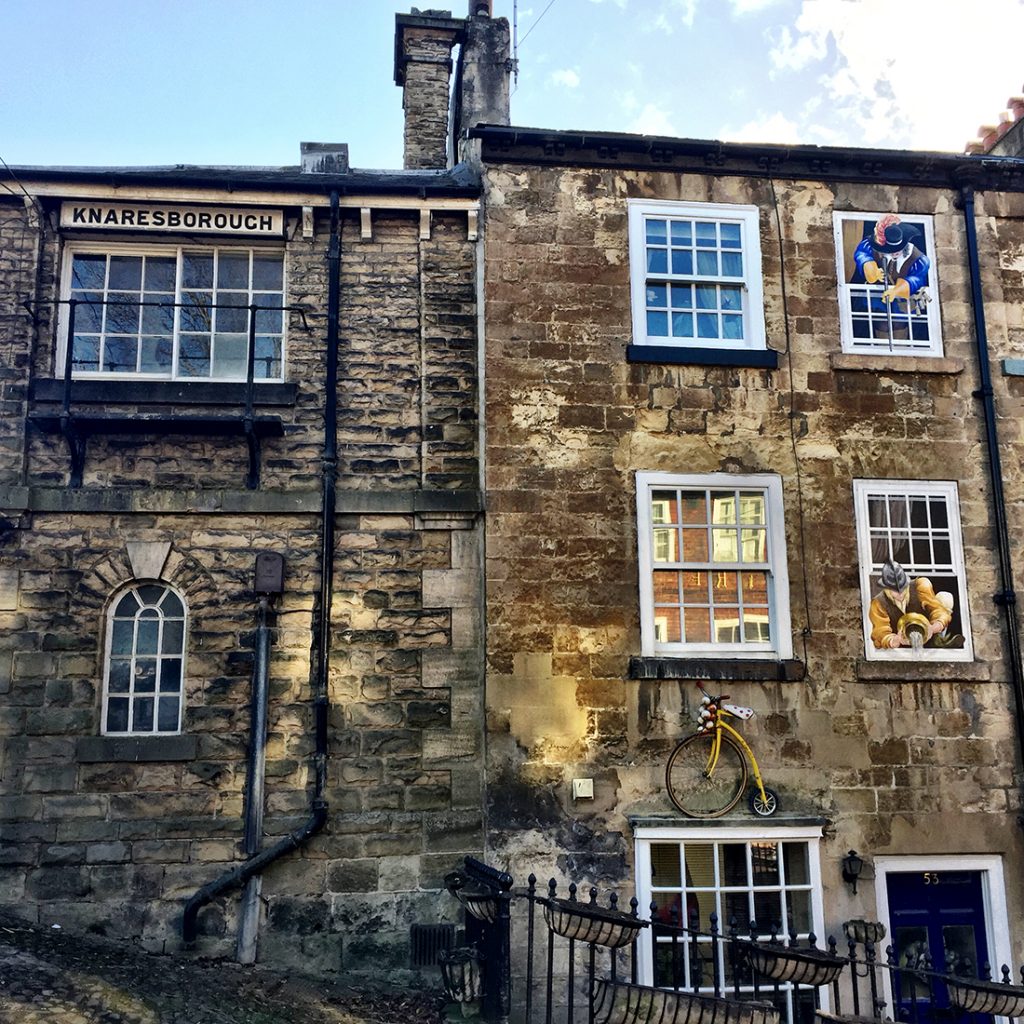 An impressive sense of history is woven into the very fabric of Knaresborough, and it’s everywhere to see. 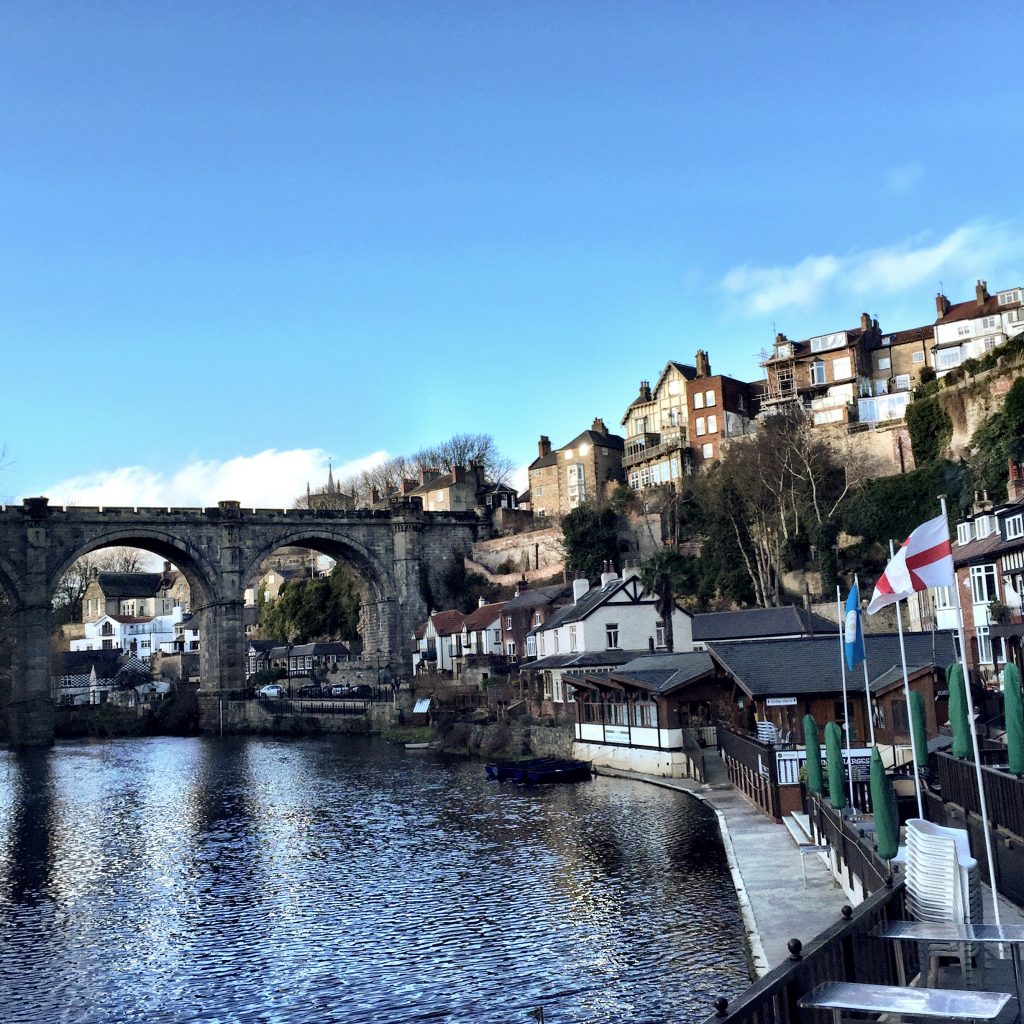 An absolutely stunning, beautiful landmark right in the heart of Knaresborough! The castle grounds are beautiful and peaceful with plenty of benches and bins. The views are breathtaking. 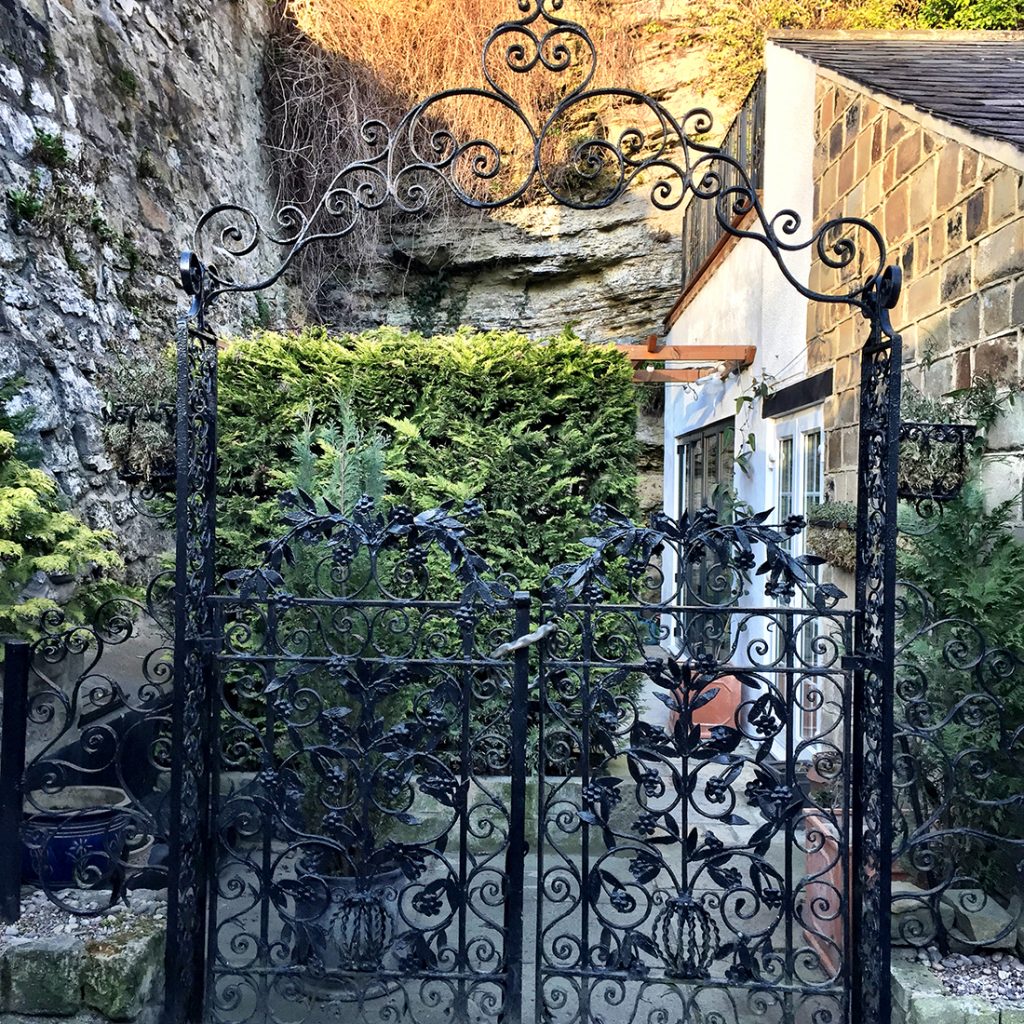 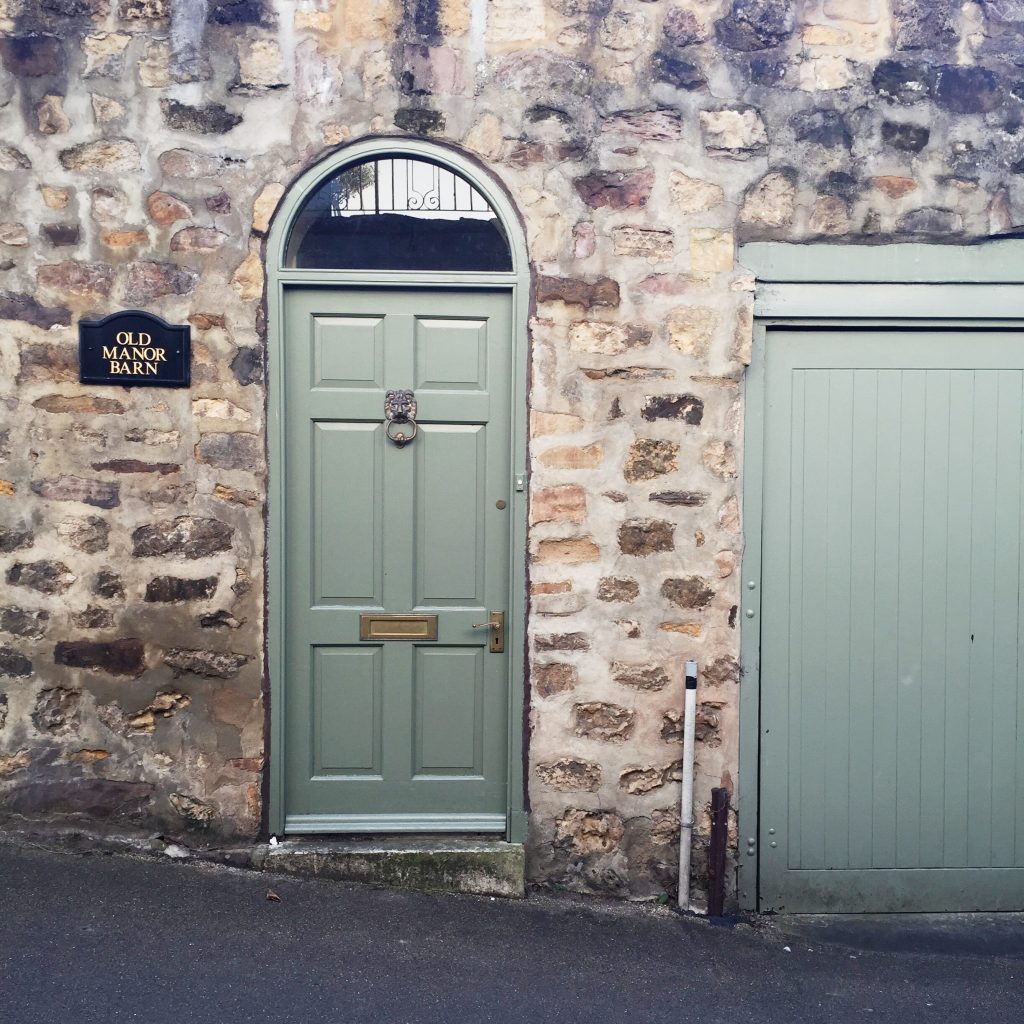 I hope you like the post and it made you think of visiting Yorkshire, as it’s probably the most beautiful part of this amazing country. I will definitely return there, as I didn’t have a chance to see everything I wanted due to the time limits.